Patience is man's best virtue, so they say. I doubt if I'd be considered of moral excellence, but I would like to think I have some admirable qualities. Yet, patience is not one of them. In fact, I've known for some time that it's been hard for me to accept delays and inconveniences without complaint. And, I hate waiting in long lines.

So I love sweet drops of rest, aka, a good thunderstorm. When it rains I sleep like a new born baby nursing on it's mother's breast milk. I am full, content and the world is my oyster. However, one day many years ago a thunderstorm caught me by surprise. I lived in an area called the corn belt. Life was good, employment was plenty; everyone could get a job. The home offices of major farm implement companies were in the area. John Deere was there and so was International Harvester. The Case Company was nearby. They all make tractors and combines. I could look out my window and see the smoke billowing from their foundry's. Some of the work was very hot and very dangerous.

The Companies raw materials and finished products were transported by railways and river barges. The barges could be a nuisance. The bridges on the Mississippi river, lock and damn 15, had to be raised so barges could pass through. I hated the trains and barges, there were hundreds of them passing through at all hours of the night and day.

Having lived in the area for some time I sort of became accustom to delays, sort of. Well, I knew the times in which each manufacturer would likely ship out large orders. Train traffic slows down at night, yet their loud whistles disturb the peace. Without failure, early in the morning the loud roar of train engines and their warning whistles permeated the air. On my usual route I had to cross three different train intersections but I had a plan worked out. A plan of action was necessary because these were not small engines and several were used in unison to pull hundreds of box cars. Waiting for a train to pass could mean being late for work and the boss didn't play that. My plan involved timing.

One day my lover,  aka, Mrs. Thunderstorm didn't love me anymore. Well, she threw a wrench in my game plan. Did I mention the fact that the area is frequently visited by tremendous tornadoes? Yep, it is. we also live in tornado alley. One morning while I was on my way to work, my progress was impeded by trees in the street and downed power lines. I could weave through the down branches and drifting garbage cans but trains were stalled across several tracks. A tornado had come through overnight and now my time schedule was shot. My lack of patience took me to a place I will never forget. I became annoyed waiting in the long line of cars and decided to take a different route.

I thought I'd be clever and go through the newer part of town where the trains were not so prevalent. It was a longer route but I thought I could gain time if I didn't get arrested for speeding.

Don't most funerals take place in the afternoon? I didn't know what was going on but I turned a corner and again I was stopped by a long line of cars. This time it wasn't a train but a funeral procession was passing. The deceased was in a horse drawn carriage. I didn't know the name of the deceased but the person was popular -very popular! There must have been five hundred followers. While waiting for the box cars to pass, I noticed a pay phone. I got out of my car and called my employer. I told him I was going to be late and might as well take the morning off.

As my patience wore thin, my curiosity peeked. I was wondering who this person could be that had so much family or so many friends. I decided to follow the procession where ever they were going. After driving several miles it was obvious this was not your ordinary run of the meal type person. I found myself in a secluded area. I parked away from the gathering crowds and slowly approached them. They all were dressed in strange attire. Several were crying. One said if the deceased had only waited he'd still be alive. Others questioned if he jumped to his death. I stuck out like a sore thumb but I had to find out the identity of this person. I walked closer to the gathering crowd around an open casket. At first I thought the person had died from a broken neck because I heard one saying "all of those guys couldn't put him back together". When I heard another say that he had no business going up there, I realized he had fallen to his death .

As I peeked my head through the crowd to get a closer up front look, I heard children begin to sing. I thought I heard the words king and horses, then I heard the sounds of car horns blaring in my ear. The children continued singing:


I woke up to the sound of someone taping on my car window. I was still in my car waiting at the train tracks not far from my home. OH MY GOODNESS, sweet drops of rest. The thought of a passing thunderstorm must have put me to sleep as I waited for the trains to pass. My impatience got the best of me and took me on a ride to Humpty Dumpty's funeral.

I can't wait for another thunderstorm. Maybe next time I'll become the richest man in the world... in my sweet drops of rest inspired dreams.
Posted by CareyCarey at 3:24 PM 19 comments: Links to this post

Within the shadows of your smile,
I too have memories.
Good memories
You sheltered me
You covered me
You are my rock.
I too have tears.
A home is in the heart
You shut the door Yesterday, how many yesterdays?
I cry for yesterday.
I too think of tomorrow
Is love like yesterday?
Is it gone forever
Or just out of season
After the cold of winter
Can it spring back?
Shattered dreams, yet I dream
A flicker of hope
I miss you
You've been gone
Will you come back
Is love gone?
Will I
Can I
Love again? 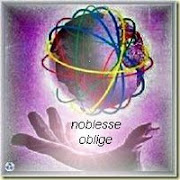